Can YOU gain speed, increase range of motion, and get laser like focus?

Are you ready to get over past failures, stop choking, breakthrough your comfort zones, melt away the severe stress of an old injury?

Lots of things can hold you back from your best sports performance. Panic, stress, past failures and comfort zones. No matter what your sport, you can quickly and easily see a difference in the way you perform.

Ready to try it? For FREE? Fill out the form below and I’ll send you a link to schedule your first appointment. We’ll work on FaceTime or Skype for 30 minutes. 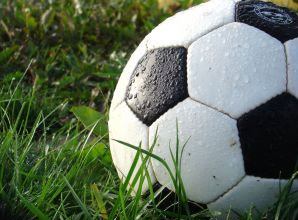 Man’s “pursuit of happiness” is as old as the human race. Happiness is as elusive today as it was over two hundred years ago when the framers of the American Constitution set out precepts by which its citizens might realize its accomplishment.

“New” Age thinking, much of which is similar to several thousand years of Eastern Philosophy, suggests that we create our reality with thinking. Thus the successful man is indeed a “self-made man;” so too is the unsuccessful man. We can substitute happy, prosperous, contented or any adjective we wish into those sentences.

Right-thinking is the key to our happiness. If it is as easy as that, why are we so unsuccessful at “right-thinking?”

Psychologists now tell us we have from 10,000 to 60,000 thoughts each day. Under these circumstances monitoring our thoughts to weed out the negative ones and replace them with positive ones seems not just daunting, but hopeless. To paraphrase one psychologist in the movie What the Bleep Do We Know?, “Our conscious thoughts, however positive, just skim the top of a roiling morass of negativity.”

At times we may know intellectually what is holding us back; other times our negative thought patterns are so deeply embedded in our unconscious minds that we are unable to access them. Either way these patterns definitely block our ability to move forward into a fulfilling life.“Block” vocabulary has at various times changed with cultural understanding of those things holding people back: problems, hang-ups, buttons, stuff, issues, etc. But regardless of the vocabulary, each describes an impedance in energy flow and results in emotional discomfort, pain, or lower performance levels.

How Do We Build Blocks?

There is a variety of severe sources of blocks such as accidents, operations (particularly under anesthesia), high levels of stress, witnessing the suffering of a teammate. These are “shock” traumas. But, for some reason that defies logic, there are also seemingly inconsequential and insignificant occurrences such as an angry parent or coach shouting, an unkind remark, a discouraging result in a meet or match, that get stuck and become “shock traumas.”

Blocks Can Help Us

As we process stress and trauma we activate the most primitive levels of our brain to protect us from the full impact of the trauma. This is a good thing. However, our innate protective system continues to function long after the need for it is over. This continuing protection has a profound effect on us throughout of lives. Often we experience symptoms and exhibit behaviors that make no sense and yet the incidents that caused the protection in the first place may be long forgotten. Then we project our pain onto our children and it all becomes a vicious cycle, moving from generation through generation.

Most of us, even from the very best of homes, experience what we perceive as neglect and uncertain love. We all to one degree or another feel some lack of worth, of “not being good enough.” In homes where both parents work to make ends meet, there will obviously be greater stress levels and greater neglect. Homes that are full of physical and sexual abuse and flagrant neglect produce severely traumatized children.Added to our home life are institutions (usually well meaning) such as schools and churches with their teachers, coaches, preachers and priests who instill their own agenda into young minds. Adult authority figures, peers, and friends and relatives convince us of our lack of worth with thoughtless remarks. The media and advertising campaigns add an insidious ingredient to the assault.

How Do We Know We Have Blocks?

Symptoms of this continuous onslaught include low energy or chronic fatigue, depression, phobias and fears, rage, addictions, sleeplessness, abrupt mood swings, poor performance, nightmares and endless physical symptoms ranging from unexplained pain to debilitating illnesses. Many symptoms are a variety of the “fight/flight” response. Our symptoms result in stressed or fractured relationships with coaches, spouses, parents, employers/employees, friends and acquaintances. We are often unaware of our inappropriate responses to situations and even when aware, we are confused over our inability to eliminate or change destructive behavior.

A less obvious symptom than the fight/flight response, with which we are all familiar, is the freezing response. Some people, rather than either fighting or fleeing, become totally immobile in a frightening or emotional situation. Missed putts, inability to move as we have done thousands of times before or becoming speechless when eloquent expression is needed are all examples of freezing. Studies have documented that 80% of soldiers on the frontlines of a war do not fire their guns due to fear. A freezing response is most often unconsciously activated because we are afraid of experiencing the rejection and pain we felt as a child.

How Do We Release Blocks?

That our personal growth is seriously retarded by blockages resulting from trauma is no mystery. Traditional talk therapy has proven slow and often inadequate in working through and removing blockages. Talk therapy uses the logical, linear left part of the brain to address emotions and emotional responses which are instinctual and originate in a totally different part of the brain.

The illogical nature of our reactions often respond poorly to logical therapy because it is not the incident itself that causes emotional pain, but it is our perception of and reaction to the incident that produces the trauma. Each individual reacts differently to the same or similar stimulus. If we all reacted logically to frightening, hurtful or even horrifying incidents, none of us would need therapy.

Are There Better Ways to Remove Blocks?

Neurologists previously felt that after adults reached a certain age the neural pathways in the brain (and subsequent behavior patterns) were immutably wired, incapable of change. With the advent of MRI’s we are getting a look at actual brain function as it is occurring. Cutting edge research is showing us that even older adults can create new pathways. This requires a conscious effort to remove blocks and replace negative thinking with positive thinking.

A blockage in the electrical system produces a “short,” or what Gary Craig refers to as a “zzzzt” or “static” in the system. Acupuncture practitioners have for thousands of years healed physical problems or “blockages” in the energy systems by stimulating various energy centers or meridian points.

Psychologist Dr. Roger Callahan was one of the first to apply the principles of acupuncture to psychological and emotional problems. Gary Craig has expanded these ideas and developed them into what he calls EFT or Emotional Freedom Technique. EFT is one of the most exciting and hopeful developments in the field of psychology since the advent of the science.

Psychologist Dr. Feinstein says of EFT: “With it, phobias and stubborn anxieties often fade in minutes. The lifelong grip of an early trauma can frequently be released within one or two sessions. Anger can be managed more reliably. Depression can in many cases be alleviated without drugs. Achievements in sports, school, music, and business can be given a powerful boost. Other complex issues can be separated into a network of self-limiting beliefs and dysfunctional emotional responses [and are] eliminated one by one”.

Tapping on specific meridian points enables one to heal negative emotions and limiting fears, occasionally in minutes, more often with one to four sessions. The results are usually permanent and greatly surpass the effectiveness of traditional psychology therapies. Best of all, the technique is simple enough that anyone can learn to do it with no training in either psychology or acupuncture, enabling the individual to help him/herself. As Dr. Landrith puts it “. . .clients become a proactive force in their own healing; in a sense acting as their own therapist.”

1) evoking the negative emotion;
2) clearing the blockage; and
3) changing negative thoughts into positive ones.

Unlike traditional therapy, EFT does not dwell upon negative thoughts or emotions but uses them as a starting point. Tapping on the meridian points stimulates the points to clear unhealed blocks surrounding a specific event. Often a secondary benefit (which Gary Craig refers to as “borrowed benefits”) clears all tangential thoughts and emotions, many of which may be unconscious. Positive affirmations replace the blockages with positive and self-affirming thoughts.

Does It Really Work?

There are three limiting factors:

1) It is difficult to recognize our own symptoms and one must be eager to relieve him/herself of symptoms to admit the problem.

2) Secondary gains are insidious needs to retain the problem. Needing the attention one gets or being unwilling to accept responsibility for one’s self might be reasons to hang on to an illness.

3) Deeply held (often unconscious) blockages which are extremely painful may be difficult to uncover. They are often obscured by ancillary behaviors that actually relate to one serious underlying problem. For example, always arriving late for matches, meet or races, is often a symptom of a problem rather than a primary problem. One particular behavior might be eliminated but others surrounding the core issue will manifest and even the first behavior addressed may return.

That being said, amazing results are reported from all over the world where the technique is being used. It can help with anything from a golf swing and flexibility; to unreasonable fear of re-injury and anxieties; to improvement of concentration; to loss of confidence. There are no known negative reactions to EFT. At worst, it is ineffective due to one of the limiting factors addressed above.

While the individual becomes an active participant in his own healing, it helps to work alone or in a group with another person. One of the most difficult things to do is to understand our own problems. A facilitator can help reach issues we have buried. We also benefit from the increased energy of another much the way additional instruments in an orchestra boost the energy and substance of the music.